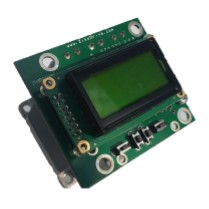 The first thing to understand with the comparison between a stepper motor driver and a stepper motor controller is that the terms are used rather interchangeably despite often being strictly incorrect.

As happens within many walks of life it is often quicker to refer to something as a ‘driver’ or ‘controller’ rather than a ‘combined stepper motor controller and driver’. (We are ourselves guilty of doing the same thing on this website for the sake of trying to make articles and descriptions easier to read).

It is often useful to consider the driver as a ‘translator’ between input signals and the physical movement of the stepper motor.

In some cases stepper motor drivers may be designed specifically to work with a set communication protocol such as analogue or CANbus but the broad principle is simple – they do not have any ability to control the motor themselves except where they are given control instructions from a computer, PLC or other control device.

A good visual example of this is probably the ZDLCD Series Stepper Motor Controllers. A stepper motor controller such as the ZD10LCD can quite clearly be seen to be both driving and controlling the stepper motor from the same unit.

Hopefully you can now understand the basic differences between the two units in a technical sense and also understand why the terms are often a bit muddled in general use.

In simple terms the most important thing to understand is what you need for your project to work well and whether or not this is a stepper motor controller or driver.

If you have any questions about this you can always contact us to talk to one of our engineers or alternatively review some of our similar questions in the FAQs section.

1
Permalink
Back to Top