What Are The Different Types Of Brushless Motor Control - Sinusoidal, Trapezoidal and Field Orientated Control (FOC) ?

Understanding the Basic Differences in Methods of Driving Brushless Motors

There are a number of different brushless motor controller types or methods for driving brushless motors which alter the way in which the motor can perform.

Each method has its pros and cons, both technically speaking and in some cases financially. The first (and typically the most common) is a trapezoidal drive. The second is a sinusoidal drive and the third is a field orientated control (more commonly referred to as FOC) drive.

Trapezoidal commutation can be split into two variations. The first is two quadrant control and four quadrant control. Figure 1 (below) shows the fundamental concept of a trapezoidal drive control for one phase of the motor. Power is turned on, held, and then turned off in a way that creates a trapezoid shape when measured on a graph. By timing this pattern around the poles of the motor it is possible to move the rotor around and hence make the motor spin.

Two quadrant essentially means that the PWM in each phase is only on or off at any one particular point in time. It is then by controlling the switching of these phases one can then get the motor to turn. As a result of the drive pattern the motor can appear jumpy at lower speeds as the on/off nature of the pattern means it jumps from pole to pole. At higher speeds, the momentum of the rotor will smooth this out. Two quadrant trapezoidal is therefore perfectly fine as a higher speed option but it is not recommended for brushless motor applications that require smooth, reliable performance at lower speeds.

Four quadrant control is then be split into two again, the simplest is by using a standard PWM (Uni-polar – as two quadrant control) however instead of simply turning the H-Bridge off (and opening the circuit), an adjacent mosfet (on one of the two spare phases) closes during the Off time to create a back EMF loop which actively brakes the motor.

You then have full bipolar four quadrant control that shifts the adjacent mosfets asynchronously with the driven phase that essentially drives current in the opposite direction of the motor phase in order to brake the motor much faster than it otherwise would in normal two quadrant control.

Two quadrant is the lowest cost option however it cannot create a fully controlled acceleration/deceleration of the motor because it is unable to actively brake the motor in the way that four quadrant control can.

Bipolar four quadrant control offers the the most comprehensive control of a brushless motor however it is much less efficient as current is being driven on the opposite direction.

The Unipolar four quadrant control is in the middle of these two as it helps with the active braking (via the back EMF) and is also much more efficient that the bipolar version.

Ultimately, the best option for your application really depends on what you need as where there is considerable load on the motor shaft it is often unnecessary to have four quadrant control and this can add extra expense.

Sinusoidal control is generally regarded as the next step up from the trapezoidal control. Figure 2 shows a simplified drive pattern for one phase of the motor. This shows a smoother pull/push action that essentially passes the rotor around in a much smoother way than a trapezoidal method which is switched on and off in a much less smooth way. 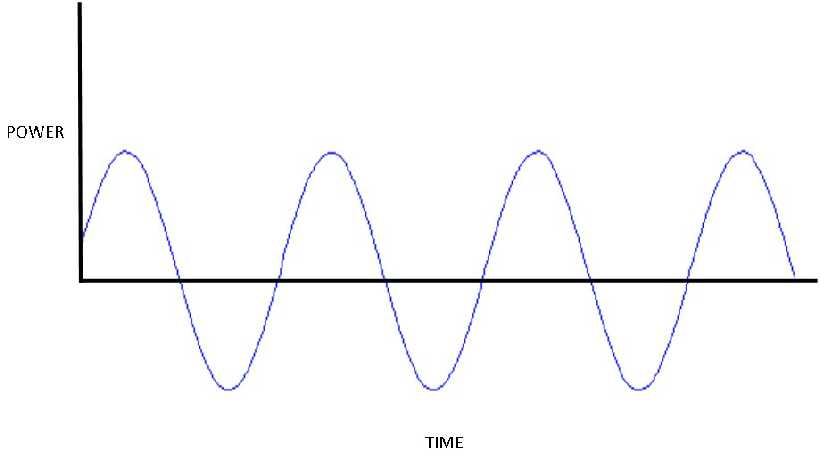 In this case, the controller measures two commutation points and then estimates and implements a sinusoidal wave form between these points using normal PWM (see figure 2 above).

This has huge benefit when it comes to reducing the audible noise created from the motor/load as there is minimal cogging (current jumps between two commutation steps) as the current is smoothed out (the comparison between figure 1 and 2 shows this clearly). This can also increase torque at lower speeds and is therefore particularly useful in applications which require accurate and reliable low speed performance. By smoothly turning phases on and off as the rotor turns (as opposed to switching them on and off like the trapezoidal pattern) the motor can be quieter, smoother and benefit from higher torque.

It is worth noting that this is much newer technology than standard trapezoidal drive and much more difficult to perfect. However, as there is less cogging in the motor and the current is smoothly transitioned between each commutation step, much lower speeds can be achieved.

Field Orientated Control (FOC) was actually developed for AC motors a long time ago but technological developments made in recent years have meant that this technology can now be used with lower voltage BLDC motors.

In the past the actual magnetic field was measured within the motor using sensors whilst it was running. However now due to the reduction in cost of powerful microcontrollers, advanced formula and calculations can be completed fast enough to very accurately measure the current within two motor phases (the third can be calculated) to dictate the exact orientation of the motor rotor.

This enables the microcontroller to very rapidly complete the calculations and send optimised PWM’s to all three motor phases (around 10 000 times per second) to ensure the motor produces optimal torque at all times. FOC is sometimes confused with sinusoidal control as the current waveforms are almost identical, the difference being with sinusoidal commutation the current produced in each position is normally approximated and does not take into account manufacturing tolerances or the motor (or encoder if used) and any rotor/load inertia of the motor or application.

As the FOC driver is continually checking and performing positioning/loading information, it is always optimised for any application and always runs at MAXIMIUM efficiency as the electromagnetic field is always originated at exactly 90 degrees to each motor pole. As a result of this the motor speed can be taken down to almost 0 RPM.